The sound of B

WELCOME TO B MUSIC

Beate has won over the hearts of music lovers from all walks of life.

Beate is a singer, composer, writer, piano player and educator.  She`s worked with top musicians in Norway and outside. The song "Like a river"became a big hit in Norway and Europa and the most sold single in 1984

Beate was a very young beginning artist who joined the Eurovision song contest in with Strand Hotel and was runner up to the number one artist in the contest . She`s also won several song contests. Beate collaborated with the great Lars Kilevold and the hitmakers pop band duo "The Monroes" (RIP)

2015 Beate went to Los Angeles to work with the the talented songwriter and musician Gregg Sutton among others. Beate made the music and Gregg wrote the lyrics and produced 5 songs. (Gregg is well known for his work with many great artist as Bob Dyland, Joe Cocker, Mick Taylor, Beth Heart, Eric Clapton among others. They created the songs together in Glenn Nishida`s Pasifica sound studio. Thanks to all the musicians- Don Heffington -Billy Watts -CJ Vanston (from Toto)- Chris Rand - Gregg Sutton- Gia Ciambotti (worked with Bruce Springsteen)

Mixed and mastered by engineer Mattew Quave and Gregg.

​ 2017 Beate went to London to start a collaboration with the great engineer Jon Moon in Sensible studio London. Jon Moon ´produced for Amy Winehouse among many great artist. They remixed some of the La songs and released two of them in 2017. "Lucky to be alive" and "It`s cold outside" Thanks Jon. Rest of the La songs will be released ahead.

​ 2018 Beate was directed to a new collaboration in New York and to an upcoming talented young producer Jaquan Baldwin. The collab allowed B to experience a new sound

All of the collaborations had a variety of outstanding sound and new journeys and music. The last song `Bring it Back` is an introduction to her new sound. A voice of soul. There is two versions of "Bring it back." An acoustic bonus track where Helge Lilletvedt from Bergen Norway shows his fantastic skills as a piano player. Everyone who`s joined this musical journey has been fantastic talented people. Thanks to each of them. And thanks to all supporters out there. The musical journey continues. Life is short. Embrace it and enjoy it. Do what makes you happy. Have it in mind that music is not a competition. Music is universal and for everyone. Let`s be grateful for everything that touch our heart and soul.

LOTS OF LOVE AND CARE MY  TRIBE

The new song is out live.
Thousands of streams and spinning viral. Thanks for your part of this musical journey Beate Jacobsen -Melody Gregg Sutton -Lyric Producer Gregg Sutton 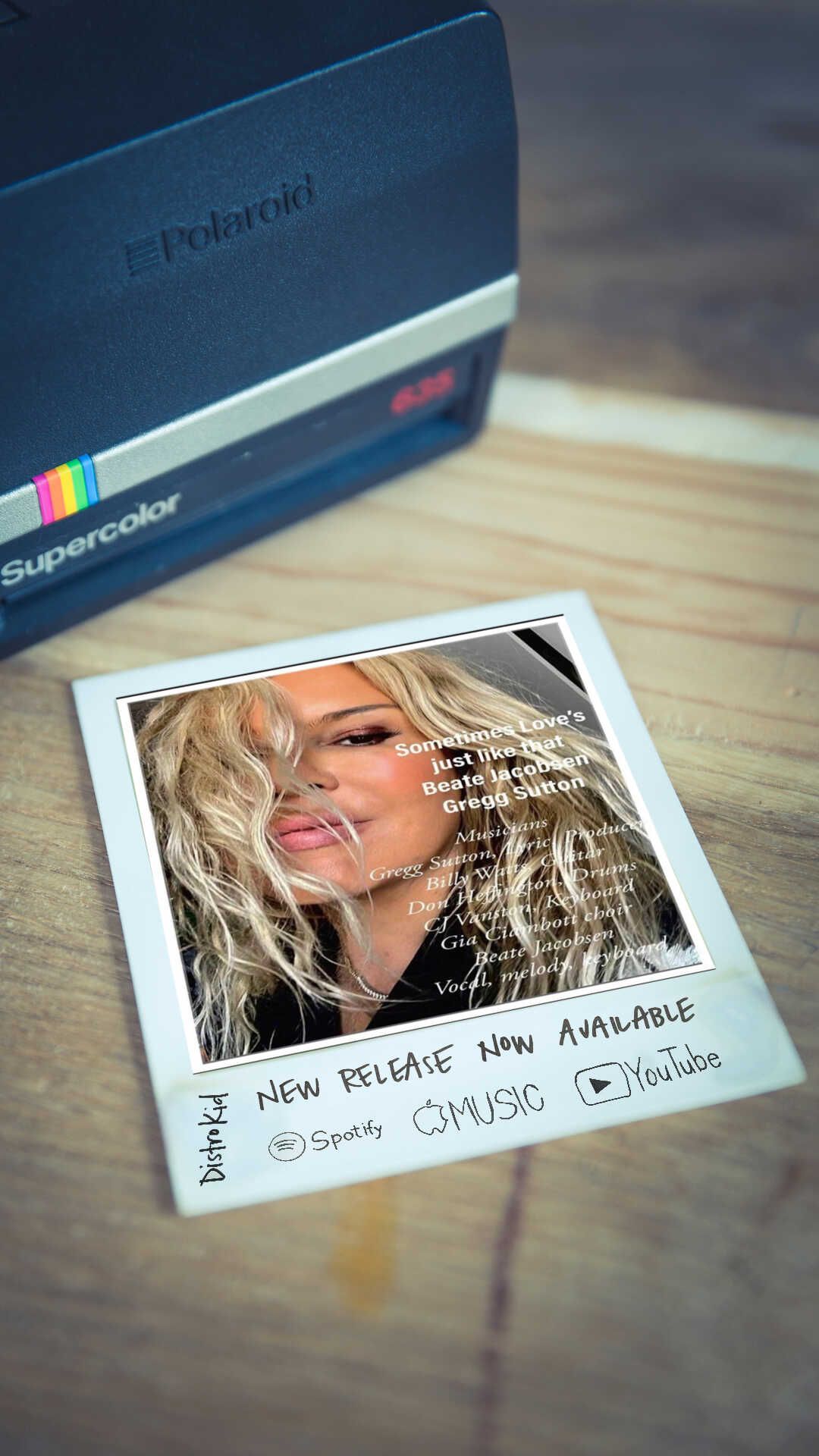